Happy Friday! This was a big week for brand birthdays! Twitter, Taco Bell and Sbarro created social media centered birthday celebrations, and M&Ms used Facebook 360 to launch a fun video that goes along with its 75th anniversary. We’ve also rounded up some tips for celebrating a big brand anniversary. The party is just getting started – keep reading for the latest news in the food PR industry! Social Spotlight Celebrations are in order – this week Twitter turned 10! On Monday the giant social media network celebrated big with branded hashtags, a series of tweets highlighting important tweets and This was a big week for brand birthdays! Twitter, Taco Bell and Sbarro created social media centered birthday celebrations, and M&Ms used Facebook 360 to launch a fun video that goes along with its 75th anniversary. We’ve also rounded up some tips for celebrating a big brand anniversary. The party is just getting started – keep reading for the latest news in the food PR industry!

Celebrations are in order – this week Twitter turned 10! On Monday the giant social media network celebrated big with branded hashtags, a series of tweets highlighting important tweets and video reels of historic moments that were accompanied by thousands of tweets from across the world: Since founder Jack Dorsey’s first tweet in 2006 to today, Twitter has exploded into one of the primary ways we spread news, share thoughts and communicate around the world. Twitter has connected celebrities with their fans, journalists with their readers and – for better or worse – has given a platform for everyone to use their voice.

In the last 10 years, Twitter has been a part of presidential elections, live-tweeting from outer space, award shows and so much more. The brand playfully dug up old tweets to reminisce all day long: Sbarro (one of our awesome client partners) and Taco Bell also had big celebrations this week. Sbarro celebrated its 60th anniversary with a special offer and shared photos throughout the day of the brand’s teams celebrating around the world, using hashtag #SbarroSixty. Meanwhile, for its 54th birthday, Taco Bell hosted a Birthday Gift Swap on its social media accounts. Participants were paired up with another person to exchange taco swag – all courtesy of Taco Bell. Throughout the day, Taco Bell retweeted photos of people who already had some swag to share. This campaign was a fun and engaging celebration across all of its social media channels. The gifts ranged from taco socks to taco sunglasses and everything in between. For Taco Bell’s loyal fan base, nothing is better than toting around this cute taco swag.

In May 2015 YouTube launched YouTube 360, followed by Facebook releasing Facebook 360 in September 2015. These videos are recorded with a series of cameras to give fans a 360-degree view that allows for the user to “move” around the video in a click-and-drag motion on desktop, or simply by moving your mobile device. This opened a big door for content creators and publishers to share their best content in a whole new way. Early Facebook 360 adapters included Star Wars, Nescafé, GoPro and Walt Disney. More and more brands are trying their hand at 360 video and planning campaigns that involve this interactive new technology. What’s so great about these new videos? Videos are already a great way to engage your fans and tell a story, but now viewers have a way to interact with what they’re seeing. The viewer can now look around the setting of the video, and therefore have a more interesting experience while watching.

A few weeks ago we talked about M&Ms 75th anniversary celebration. The campaign has had commercials and social posts focused on the different color M&M characters everyone is familiar with, and this week the brand launched a Facebook 360 video that gives fans a tour of each M&Ms “apartment.” Brands are using 360 video to further tell their stories and dive deeper into a campaign. In the last few months this trend has continued to grow, and we expect more brands to adopt and use this method to tell stories on social.

Celebrating a birthday or anniversary is a great opportunity to have some fun and get media coverage for your brand – and we love what Twitter and Taco Bell did to celebrate. Here are some PR lessons to be learned from some of the best anniversary celebrations.

1.Tie in the past and present
Some of the best birthday campaigns reflect on the previous success of the brand, while also looking toward the future. Baskin Robbins is known for creating flavors that go along with the current times, so for its 65th anniversary, the brand retired – or “froze out” – five iconic flavors to make room for some new ones. Using a big birthday to make room for something new can help keep your brand feeling fresh, even after being around for so long.
2. Be creative, but stay branded
In 2012, Oreo celebrated its 100th anniversary and the brand set out to do something to commemorate its roots, but also be seen as fresh in the modern world. Along with limited edition flavors, Oreo launched a worldwide campaign that included digital and traditional media and offered a reminiscent look back on events that happened over the previous century. The slogan, “twist, lick and dunk” and accompanying commercials also reminded viewers of how much they loved Oreos as children and played on the popular way of eating this cookie. This campaign is great example of how to go big and creative, but while also staying branded. The company didn’t get too wild or crazy; the imagery and message stayed simple, just like the cookie has been for 100 years.

3. Use the opportunity to expand your message
Sweethearts Candy recently celebrated its 150th anniversary this past January and the brand used the opportunity to attempt to change up its image. If refreshing your brand image is a goal, an anniversary could be a great time to leverage a new message. Sweethearts Candy has a long-time association with Valentine’s Day and feeling “old school,” so the brand used its birthday to focus on the legalization of gay marriage and created a campaign celebrating a couple that is spending their first Valentine’s Day together as a married couple. The message of spreading the love – for all – resonated through all of its traditional and digital media efforts and was directly intended to reach younger audiences.

Thanks for stopping by this week’s Restaurant + Food PR News & Trends!

What are some of the best brand anniversaries that you’ve seen? Share with us in the comments! 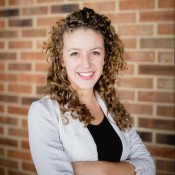 Belle named Best PR Firm in Columbus for the third year in a row.